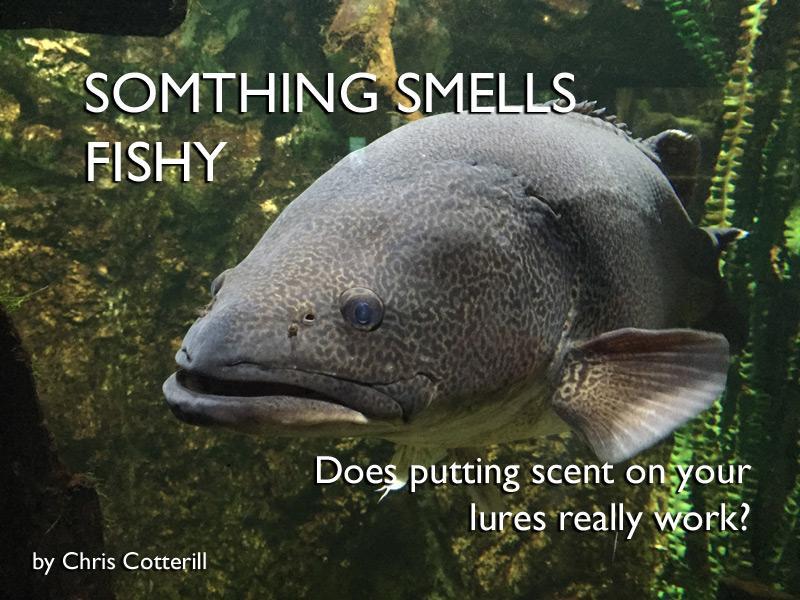 Something Smells Fishy – Does putting scent on your lures really work?

To this day on our Social Fishing trips the debate rages on whether or not scent makes a difference when added to ones bait or lure.

I myself am of the mind that if there is anything that can give me an edge on a slow bite I will take it. I will dab a bit of Dizzy scent or S Factor on my lure any chance I get. One angler who I’m constantly at logger heads with in regards to this matter who I will keep his identity secret believes fish don’t smell a lure when they attack, they feed off the other senses. 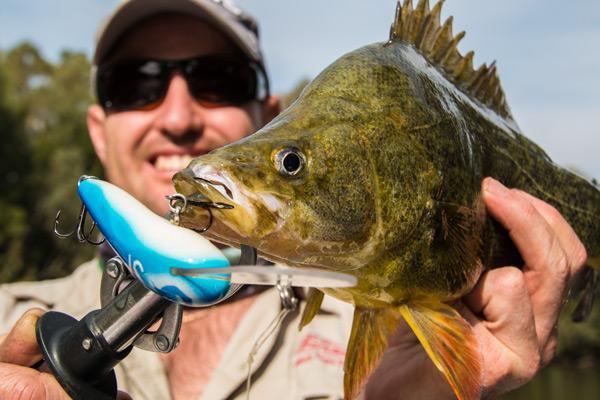 Do native fish use their sense of smell to hunt?

So to help squash the debate I’ve decided to do some homework and find out whether or not my $10 tubes of stinky stuff make the difference or if my fishing partners has been right in mocking me for all these years. A selection of scents that are used on lures - do they actually work?

Unlike through air, scent travels very slowly through water and therefore it takes a fish longer to pick up the smell. Compared to us driving past a KFC with the window down and making our mouth instantly water, fish need more time to pick up on their dinner.

But fish do have a sense of smell and different species of fish can have a weaker or stronger sense of smell. Most fish have nostrils located just in front of their eyes, not for breathing but for absorbing scent particles in and out. Some fish have the ability to pump water through these nostrils to aid in their sense of smell and others either rely on either current or forward motion to filter through these scent particles. This helps them to receive information of what’s in front of them. 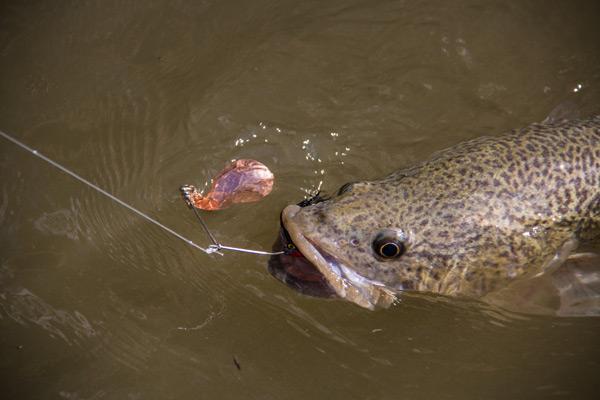 Here is the nuts and bolts of it in our game of native fishing; the fish have evolved to hunt in murky water and do hunt with the use of smell to a large percent to identify what prey is in front of them. This changes a degree from river fish to impoundment fish.

‘Well it all comes down to water current and flow.’ 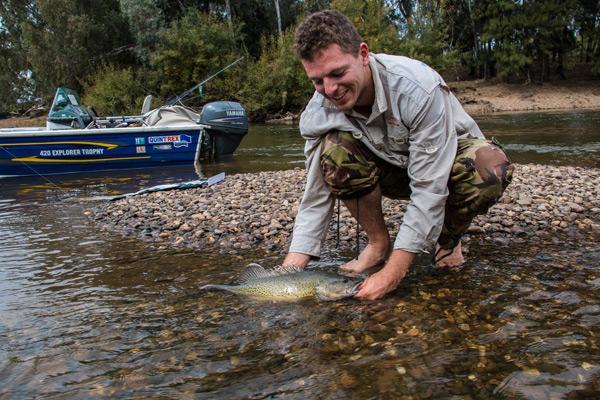 River fish rely on their sense of smell more so than a dam fish. Not only due to the dirty water but also because of the current

In a river situation where a fish faces into the current they will receive a lot of information as to what is up current of them giving them an extra advantage as to identifying what is and isn’t the real deal. This all happens due to the increased water flow through their nostrils in comparison to an impoundment fish. 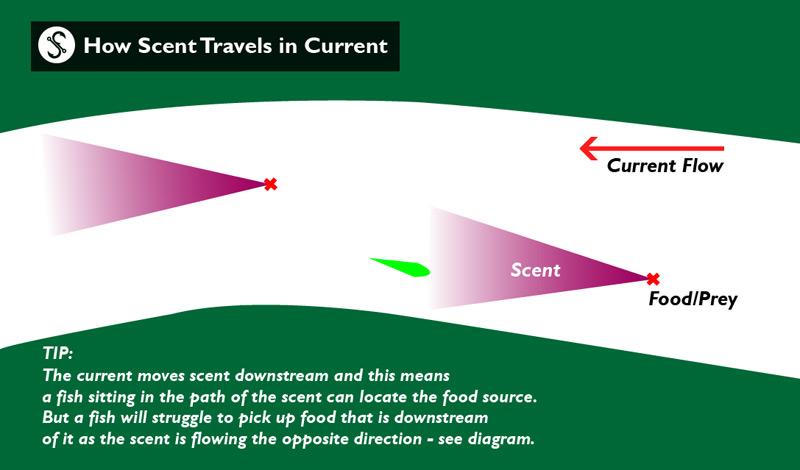 In impoundments due to the lack of flow that same information takes longer to be picked up by fish. This may be the reason why fish tend to follow lures a great deal more in impoundments.

By following a lure they receive more flowing water that has passed over the lure, therefore allowing them to use the sense of smell as well and feel and sight. This helps them to make a more informed decision. If we are getting plenty of follows but no hooks ups what is the reason?

We see a lot of this especially in spring with Golden Perch where they seemingly nose the lures but after a while become disinterested. Most anglers start to say things like; “Well it’s not the right lure” or “They’re not biting.”

Is it the scent?

So after looking through many resources, talking to a few experts and reading many bottles, tubes and jars of Scent that claim to make fish come on the bite the question remains:

Do I think the smelly stuff I put on my lure makes fish want to eat my lure? In my honest opinion no! 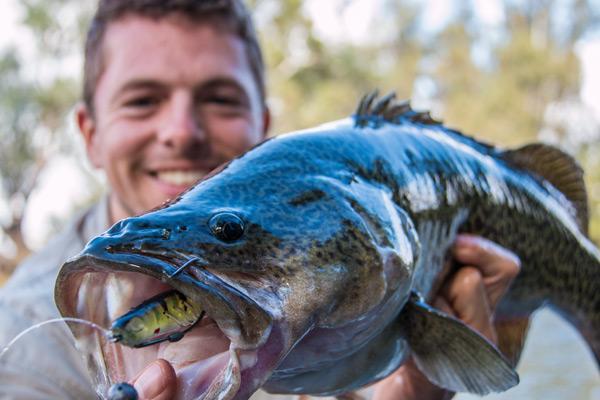 I know a lot of you are saying, hang on you just spouted a whole heap of stuff about fish smelling lures and telling the difference between real prey and lures!

That is true but what I’m saying is I don’t think I’ve found an attractant that will make a fish legitimately turn on the bite if he’s not in a feeding mood, even with many claiming they do. Where I think scent is extremely important, is masking the unnatural scents we put on lures and baits by accident. One thing I did learn while doing homework for this article was one of the smells fish pick up very well and dislike a great deal is the naturally occurring acids and oils in our skin.

And some people can in fact produce more of these acids which may explain why when two anglers are fishing the same technique same lure but one person is yielding better results, you may literally stink to fish. When you touch your lure your natural skin oils are then on the lure and this could be the difference between fish and no fish. 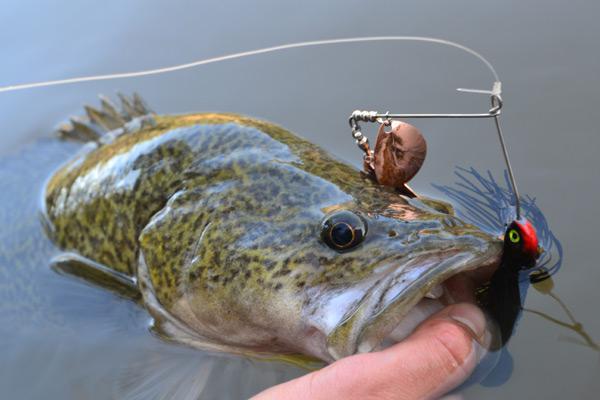 So scents in my opinion are a must have item after all and throughout my homework I also learnt that the reason for using the scent may be different to what we first thought. What I was rubbing on my lure probably wasn’t going to trigger a magical feeding response but more so it masks the scent of an unnatural prey item, helping me fool those clever fish into thinking it’s the real deal!

I hope this helps you hook a few more fish and have a whole lot more fun.