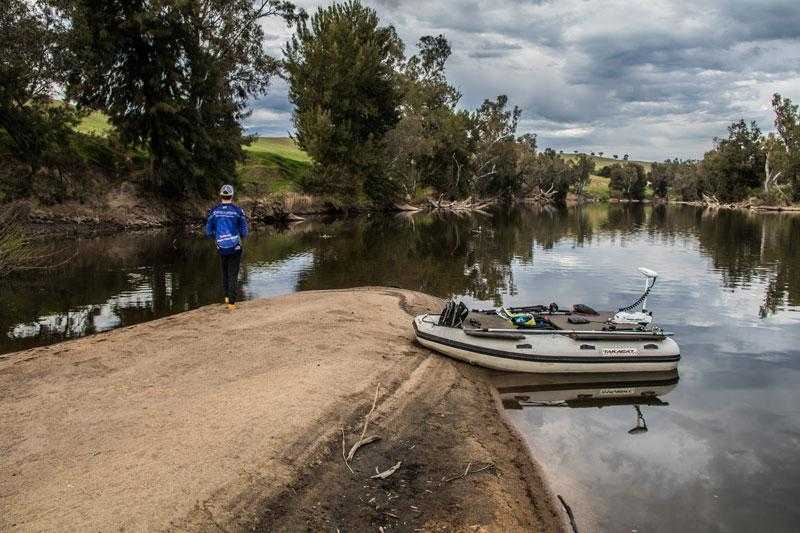 Irrigation season has well and truly finished, the cold weather has arrived and the rivers are running low. Now is the prime time to be on the river casting at the big drowned red gum snags. I know the weather can be uncomfortable and the fishing can be slow in patches but the size of the fish makes the effort all worth it.

The Prediction is ‘Dry’

‘The forecast for winter is ‘dry and cold’.’ This means we will see nice sunny days but freezing nights and blankets of white frosts. This isn’t great news for the farmers and the landscape because it’s in need of good rainfall like we’ve had over previous years.

‘The forecast for winter is ‘dry and cold’.’

With little rain this means our rivers should remain low (except for a winter environmental flow) and fish exceptionally well! It doesn’t happen too often anymore so making the most of it will give you the best chance at landing that big fish. 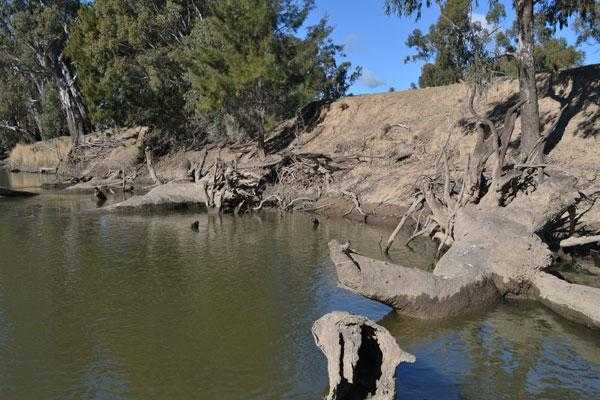 With a dry winter predicted the rivers will stay low exposing large snags like this.

With the low water level we see a dramatic change in water flow, speed and velocity. Everything slows right down making it much easier to cast and retrieve large lures like spinnerbaits, hardbody’s and surface lures. The low water also means we can fish our lures down into the deep holes and against the submerged timber where the large cod will be hiding.

Waterways to fish in Southern NSW

The Murrumbidgee River is running at almost minimum flow with both Burrinjuck and Blowering Dams releasing little water. Blowering is currently releasing 574ml and Burrinjuck only releasing 309ml. This is minimal compared to the thousands that flows down the river during summer.

The Murrumbidgee River from Gundagai all the way to Balranald is low and is an angler’s paradise at the moment with so many exposed snags.

Be careful when navigating in boats! With the river being so low that are numerous exposed mid river snags and stone bars which can easily destroy a prop. Any boat over 4m will struggle to navigate too far in the river at the moment.

Other rivers like the Lachlan above and below Wyangla and the Murray River will start to fish really well below Mulwala. The river here still has a bit flow but there are large numbers of monster cod through this section and surface fishing on first and last light is a technique well worth trying. 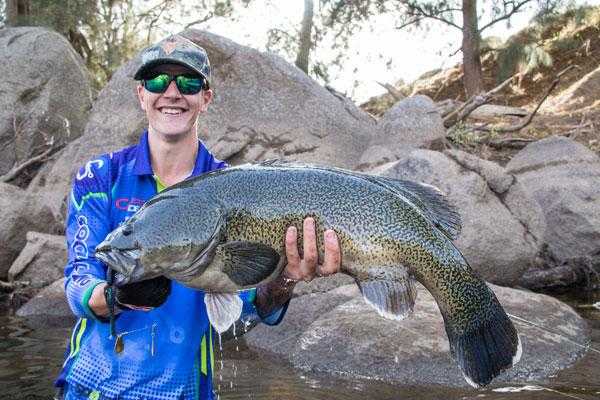 Mitch is stocked with this slab from the Murrumbidgee in low flows.

Below are my 3 top techniques to use in the shallow running rivers at the moment:

1. Surface in Low Light – is a technique that you need to take advantage of with the current river conditions. Not only is the surface hit insane from a Murray Cod but by using surface you’ll tempt those larger fish to the surface. Not only tricking them into biting but if you manage to hook them up near the surface you’ve got more chance of landing them as they are already up and away from the danger zone.

Use large surface lures over 150mm and anywhere up to 300mm. Both paddlers and swimbaits will work well in the low light periods.

The best way to fish surface is to hold the boat well out from the structure and cast as far in against the bank as you can. It doesn’t have to be extremely accurate, and retrieve your lure right back out. In some waterways you may even be holding the boat in the middle of the river. Majority of the larger fish will actually come from the ends of the structure as this is where the depth is at this time of year.

This technique is demonstrated in the ‘Complete Guide Surface Fishing for Murray Cod’ series.

2. Upsized Spinnerbaits – this is probably my preferred option to use especially during the day. Spinnerbaits are such a good lure and by upsizing the tail and blades, adding a stinger hook and bulking up the lure you’ll attract the larger fish.

In clear running water I like to stick to a small Colorado blade or Willow blade on the 5/8oz Mud Guts spinnerbait and upgrade the tail to a Powerbait Rib Shad with a 2/0 stinger hook. The reason for this is because large flashy blades can sometimes spook the larger cod in the super clear water.

If the visibility is only 40-50cm and the water is still, bulk the lure right up! Add big Colorado blades, even run large 4 bladed quad spins like the Mud Guts Big Guts that throws out an insane amount of flash and vibration.

Casting these lures tight to structure is the best technique. Make sure you drop them right on the snag and allow them to SINK! This is a must! You need to get the lure to the bottom to make sure you are in the strike zone. 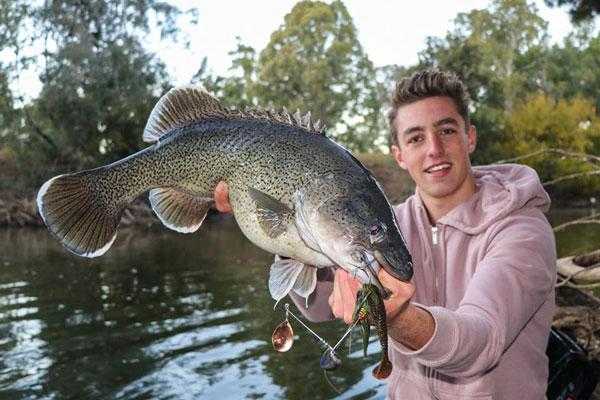 Tallis with a solid trouty that took a 'beefed' up Mud Guts 5/8oz spinnerbait with a Powerbait Rib Shad tail.

3. Casting Large Hardbody’s – this is a well underused technique which can result in big fish captures at this time of year. White Crow’s Grant Higginson has been using his 130mm models along the Murrumbidgee River the past month with great results.

I spoke to him the other day and he said he has landed 3 of his biggest ‘Bidgee’ fish in the last few months by using big hardbody’s but by also changing his technique.

Instead of sitting close to the structure and accurately fishing the root ball. He is holding the boat out past the ends of the fallen snags (even if they are spindly) and is retrieving the lure right out past the end of the structure. This is the exact same process I explained with the surface fishing technique above. 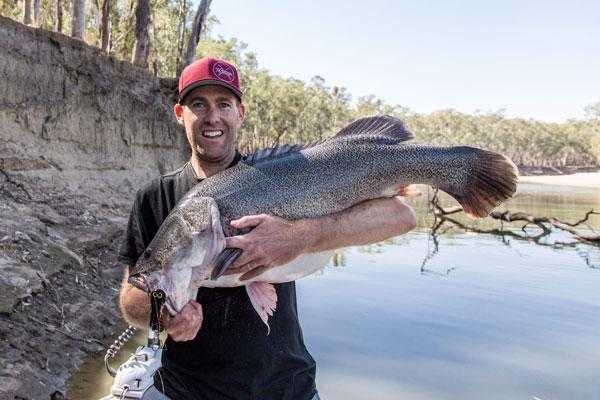 So with winter nearly here start prepping those big lures and use some of those techniques on your local river. If you managed to find yourself a big river cod we would love to see it! Send your photos to admin@socialfishing.com.au