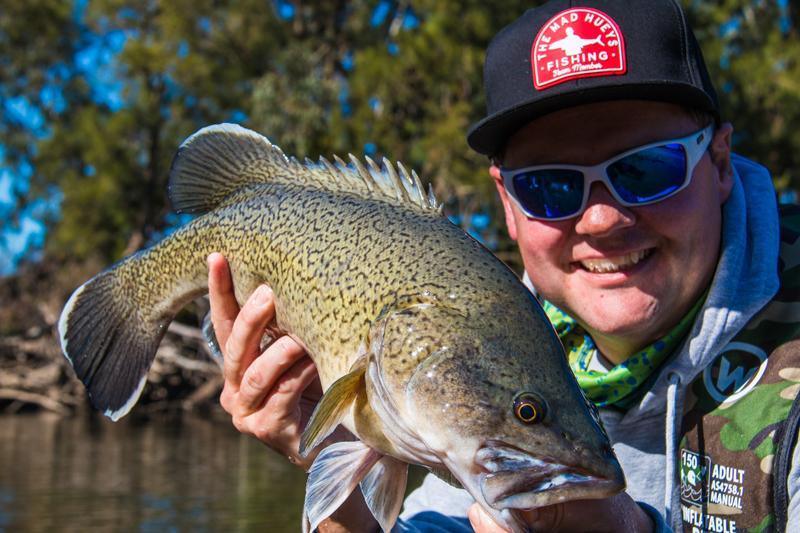 It has been a very busy time of late, which you would know about if you follow us on Facebook and Instagram. If you don’t follow us on social media then I will be updating you on everything in this editorial.

Chris Cotterill from Social Fishing spent hours of time organising a permit from NSW Fisheries to allow us to catch Trout Cod for the show. This was a great stepping stone in education that allowed us to work with fisheries and IFISH to help educate anglers about Trout Cod. The most important message was to help anglers to identify the Trout Cod as they are very similar to Murray Cod.

Understanding that they are still in very small numbers and that we need to look after this species is vital to ensure they make a strong recovery into the future. Structure rehabilitation is also very important in the comeback of the Trout Cod. Re-snagging our rivers is a practise that is helping to provide homes for this species and this is another important step in the recovery process.

The trip was incredible as we were blessed with perfect weather across the time we were filming. Floating down the river which was running clear and low we hooked into some great Australian native species. Paul landed his first ever Trout Cod which he was wrapped about and we also landed some other great fish! Make sure you keep an eye out later this year for the episode to air to find out all about our trip. We will make sure we put the dates up across the website. It is going to be a very special episode.

Now it’s going to be hard to beat but in saying that there are other things happening at Social Fishing. I’ve just published an article in Freshwater Fishing Magazine called ‘Rubber Duckie Fishing’ where I talk about fishing for natives out of an inflatable boat. Its great fun and an awesome way to fish. This is the style of fishing we did with Paul on the IFISH shoot so you will see more about how we do it later this year on the IFISH show. The boat we use is the Takacat Inflatable Catamaran 300 Sport. It is an open transom boat which makes it much easier to pack up and it is one of the most stable crafts I have ever fished from! I’ve only just started using it but it’s already my favourite vessel. Keep an eye on the page because we will have more information in the form of articles and videos coming to you on the Takacat boats very soon.

I have also started writing the fishing report column for Wagga in the NSW Fishing Monthly Magazine. If you want to find out how the fish are biting and what’s going on each month in the Wagga Wagga region make sure you give it a read. I’ll be sharing with readers my secrets to fishing the region for each month.

Now we are getting very close to launching the ‘Lure Fishing for Murray Cod and Golden Perch in Rivers Pt 7 – Trolling’ tutorial. For all our members who have been waiting it is nearly ready and will be out very soon. Along with the last instalment in the Trout series. Make sure you keep an eye on Social Media and on this column for its release.

That just about sums up what’s been happening at Social Fishing over the past few weeks. It’s been very exciting hosting the IFISH crew on the Murrumbidgee River and helping to put together one of their brilliant episodes of IFISH! We can’t wait to see the finished product later this year.

Until next time, Happy Fishing!